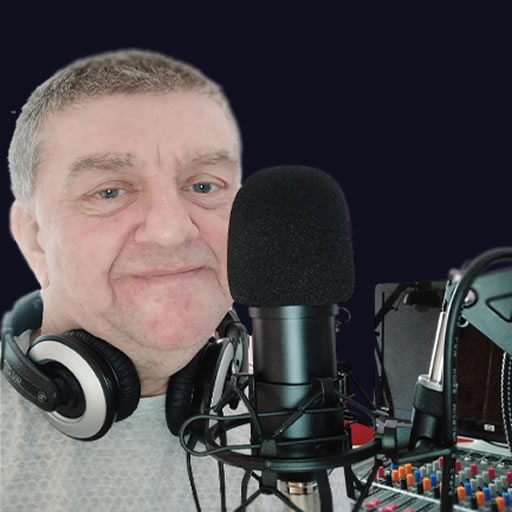 I have been in Media for some time, not going to tell you how long as it would give my age away!!!

I have a massive passion for music, music to me tells a story or rekindles a past experience or both.

It all started for me in school, I did the school discos then went on to present shows on local Hospital Radio.

When my local ILR station Swansea Sound launched in 1974 I went along as a youngster and got involved with helping out on Saturdays by filing the records away (yes records) after the presenters had played them.

I then voiced some commercials and helped out on a children’s programme where I did book reviews.

Loved every minute and decided from that day on when I left school this was for me.

Eventually, my dream came true after a few years of working for former Garden Centre Group Wyevale as a manager I started at Swansea Sound, I started doing the Early Riser Show from 5am-7am that was hard getting up every day at 4am but it was worth it, except in the winter!

I worked my way through different shows at the station including The Late Show, Mid-morning Show and The Breakfast Show.

I took a break from radio to broaden my horizons in media by taking a role as a Continuity Announcer at HTV Wales which became ITV Wales for 7 years, after the transmission was moved to London in 2007 I went back to Swansea Sound where I took up the presenter of the Mid-morning Show which I did until 2018.

That’s a little about me, please get in touch and tell me a bit about you!