With The Old Vic seeking a charity partner for this year’s production of A Christmas Carol, and HomeServe UK choosing Sue Ryder as its newest partner, here’s more on these stories, as well as other corporate fundraising partnerships

For the sixth year, we’ll be asking #OVChristmasCarol audiences to donate what they can to a selected charity

If you know of a charity which focuses on tackling issues of inner-city deprivation, tag them in the comments to nominate themselves: https://t.co/FAZ2DLqIh5 pic.twitter.com/vBwzp1Axcb

The Old Vic is looking for a charity partner for this year’s production of A Christmas Carol, starring Owen Teale, with a deadline of 12 August for applications. The charity will be supported throughout the production with bucket collections, text to donate and online donations at the end of every performance. This year, charities can nominate themselves to be the recipient of the collections which, over the last five years, have raised over £1 million globally for food poverty and deprivation focused charities, including Field Lane, The Felix Project, Coram Beanstalk, FoodCycle and Fareshare. Charities can find out more and apply on The Old Vic website.

With hundreds of thousands of children across the UK not having their own bed, Bensons for Beds has teamed up with Absolute Radio to raise £21,000 for the Cash for Kids charity and provide 100 beds (frames and mattresses) for children. Bensons is also topping up the donation to make sure a full 100 beds can be sent, alongside pillows and duvets. Helping to raise funds, During their show on 18 July, Absolute drive-time presenters Bush and Richie highlighted the impact the economic climate is having on families across the UK, shining a spotlight on the implications of poverty for millions of children across the UK.

HomeServe UK has unveiled Sue Ryder as its new national charity partner. The announcement follows an extensive search and shortlisting process and comes as part of its new Corporate Social Responsibility (CSR) strategy. Sue Ryder was chosen for closely matching HomeServe’s vision, values and objectives – all centred around supporting people in their homes. As well as financial support, HomeServe UK will forge a meaningful new partnership with Sue Ryder – through fundraising activities, signposting, staff training and utilising the wide and varied skills of its workforce.

Heartfelt thanks to @ubereats_uk for the ‘reverse sponsorship’ donation as part of their first ever Restaurant of The Year Awards. We couldn’t be more grateful for the support. pic.twitter.com/vMaFpGb7IU

Last week we were excited to join @centrepointuk colleagues and @AndyBurnhamGM as Centrepoint unveiled their newly refurbished Manchester Headquarters.

The transformed space will mean they can continue to provide homeless young people with a safe and welcoming environment. pic.twitter.com/BLqj87puZI

The Co-operative Bank has launched a new initiative in partnership with Centrepoint, to help financially excluded, homeless young people in Manchester access basic banking products. The Bank is collaborating with Centrepoint to pilot a solution – young homeless people in Manchester can use Centrepoint’s address as their own, prior to establishing a safe, permanent address. Centrepoint’s advisors will signpost young people who require banking facilities to the bank’s pilot and provide the documentation required to apply for The Co-operative Bank’s Cashminder account. The Bank will monitor the success of the pilot over the next six months. It has also raised over £2 million to support Centrepoint since beginning the partnership five years ago.

Two new family accommodation complexes next to Great Ormond Street Hospital have recently opened their doors, providing parents and carers with a place to stay, free of charge, moments from their child’s bedside. The renovation project has seen two 18th century townhouses on Powis Place transformed into modern, comfortable facilities for 40 people. GOSH Charity partners, Royal Bank of Canada and McColl’s have each raised £1 million for GOSH Charity to fund the accommodation, designed to cater to the needs of families whose children require urgent and specialist care, with priority going to parents or carers with children in intensive care units. Royal Bank of Canada House and McColl’s House feature bedrooms of various sizes, kitchen facilities, a quiet room, sitting rooms, and laundry and dining areas.

Fane, specialists in the production and curation of spoken word events, has announced a partnership with War Child UK. Since April 2022, Fane has trialled a donation scheme with the charity, which has so far seen 3,252 customers add a £1 donation to their ticket purchases when buying through the Artist-tix platform. The first live event in collaboration with War Child was with actor and author Stanley Tucci in April 2022, which led to record audience donations of over £5,950 on one night, the highest level of donations War Child has ever received through one live event. Tucci also donated his event fee, as did his hosts – author and broadcaster Elizabeth Day and writer and podcaster Gemma Styles. The partnership will see fundraising schemes implemented across all Fane events, including the introduction of donation QR codes alongside information materials that raise awareness of War Child’s work.

All we can say is WOW

From the sale of knitted/crocheted roses, Harkness roses, fundraisers and all, £12,537.09 was donated to us!
For both Billy and Jenny, the kindest, sweetest and most special souls this one is for them pic.twitter.com/nnjsX3Ku2S

BillyChip® has been presented with a £10,000 charitable donation from Jenny’s Rose, a new memorial bloom launched at this year’s RHS Chelsea Flower Show. Jenny’s parents nominated BillyChip as the chosen charity for Jenny’s Rose, with the funds raised from sales of the rose used to provide Starter Boxes for new outlets signing up to the BillyChip scheme. Jenny’s Rose was created in memory of Jenny Rose Sell, a young Somerset woman who was killed by a drunk driver. Jenny’s family and friends raised the £10,000 necessary to develop a new rose by knitting and crocheting roses and selling them locally. After hearing of Jenny’s story and her family’s intention to support BillyChip, Harkness Roses waived their usual fee for breeding a new memorial rose. This has enabled Colin and Janice Sell, Jenny’s parents, to donate all funds raised to date to BillyChip. 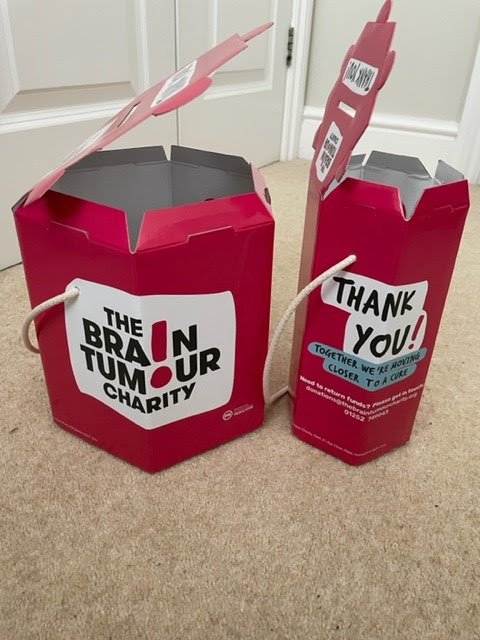