How to create cut-through with your Christmas appeal film

With Christmas planning in full pelt, many charities will be thinking about their appeal films for this year. Each December, UK Fundraising features a wide range of those released, from animated tales, to real life case studies, and more – but with so many out at this time of year, what’s the secret to creating a film with standout?

We take a look behind the scenes of three of last year’s charity Christmas appeal films and ask the experts what it is that makes the difference between one that gets noticed, and one that doesn’t.

“The success of our 2021 Christmas Appeal was the result of a huge collaborative effort across the charity and our agency partner adam&eveDDB, who together set out to create an appeal that would build an emotional connection between the public and the hospital. The goal? To drive donations during what would be another difficult festive season for many seriously ill children treated at GOSH.

“Showing authenticity in a charity campaign is vital, as it helps deepen the emotional connection between the supporter and the cause. It was important that our appeal celebrated some of the people who help make GOSH so special. In the animated film Henry, a GOSH patient, visits Ivy, one of the charity’s dedicated supporters, on his journey home for Christmas. Not only were the characters reflective of real people, but working closely with the hospital we ensured the finer details were accurate too, from Henry’s tracheostomy to the heart monitor in his room.  Our landing pages featured real life imagery of Henry and his family and of Ivy’s fundraising efforts.

“But what makes GOSH so loved by many is the imagination and joy brought to the wards every day by the incredible staff, and it was only right that this was reflected in the film. The use of animation enabled us to add this magic to the real-life stories. Insight from our supporters showed that they want to see the direct impact of their donations on children at GOSH, and the growing tower of stockings on Henry’s feet depicts how every penny brings a child ‘one step closer to home’.

“However creative a piece of content, effective engagement and behaviour change requires a strategic multi-channel approach which spans owned, earned and paid media. Our Christmas film was optimised for social media, TV and supported by out of home adverts, inserts and direct mail. The support of well-known faces and voices extended the campaign’s reach. The film’s soundtrack, donated by singer and songwriter Sigrid, and the recognisable voiceover of actor David Tennant which featured in our direct response marketing and delivered a strong call to action, helped capture the attention of their own supporters and the wider public. We were also lucky enough to receive a generous amount of free media support from marketing agency, Hearts & Science.

“All this led to a noticeable increase in the public’s consideration to donate during and soon after the campaign.”

“Every year the RSPCA creates an emotive Christmas film which highlights our important work rescuing animals in desperate need of care.

“Christmas is a busy time for any charity and ensuring our cause stands out from the crowd is no easy task. However, through our Christmas films we try to achieve this by using real rescue animals and their stories. We strive for authenticity and base our creative ideas on real life cases and try to use RSPCA staff and volunteers in the film as much as possible.

“We aim to create emotive experiences through both story and imagery and keep the story in the film short but impactful to tug on people’s heartstrings.

“Our films are all made in-house by a dedicated small team on a bit of a shoestring but we’re proud of the films created here at the RSPCA. We’ve been lucky enough to be category and people’s choice winners for several years running at the Charity Film Awards, and with millions of views collectively, we know they resonate with our supporters.”

“We wanted to produce an engaging documentary-style film showcasing the care at Francis House and featuring interviews with children and young people with life-limiting conditions and their parents. Similar to documentaries such as ’24 Hours in A&E’ all of the interviews were shot so that the interviewee is looking directly to camera so as to appear to the viewer that they are talking directly to them. It’s the first time that we have filmed this way and the results are very natural and engaging.

“Due to Covid-19 restrictions, filming was delayed and when it did take place, plans were often changed on the day depending on the availability of the children and families. A great deal of flexibility was needed both by the crew and the hospice team and when the cameras did roll, the decision was taken to only film when mask wearing was no longer required to ensure that any footage could be re-purposed in future years without looking dated.

“Our previous fundraising film featured Coronation Street actor Sally Dynevor introducing two families and their moving stories in a ‘Children In Need’ piece to camera. This year, we wanted the film to have a more natural feel and a glimpse behind the scenes of everyday activity in the hospice and the relationships between the care staff, families and children. Using two cameras gave us that flexibility, plus the use of a gimbal camera gathering smooth moving footage added to the drama of the shots when combined with the reflective ballad soundtrack.

“Keeping the film under 3 and half minutes was a challenge, but all material shot is also to be used in a full-length half-hour information video shown to healthcare professionals, families, at staff inductions as well as on the Francis House website.

“As well as raising awareness we also want people to donate and the final comment by a hospice mum about the future without her son is a powerful one. A simple call to action of a white caption on black at the end of the film highlights the £4.7 million annual running costs of the hospice. This is followed by the caption ‘The majority of this comes from voluntary donations for people like you.’

“Our aim is to always produce a film that people will really connect with and will resonate with our primary target audience of supporters and families from the local community. Our films allow the people we support to tell their own stories. We look for powerful quotes that will prompt a response and put the viewer in the shoes of that person and think how would I deal with that?

“Although our film is launched at our Christmas ball we don’t just want to focus on Christmas. We decided our films are to have a much longer shelf life beyond the festive period. We don’t give it a Christmas only message to give the film more chance to reach more people. It is a big investment in both time and resources to produce a film and being able to use it throughout the year, with a refresh of material for the next Christmas ball works for us.”

First – start as soon as possible. Videos take longer than you think.

“If you have all the information you need for the video, make it now. Videos always take longer than expected and you want to be one of the first out the gate. A good video comes from a good script. Have a few totally different options and pass it around to people outside of your charity to see what connects. Keep it short and start with a strong visual hook. Charities tend to take too long setting the context of the problem with text on screen etc. Just get straight into it. Finally, be sincere and true to the tone of your charity. If you’re not funny or quirky, don’t force it. Sincerity and brevity will put you above a lot of the stuff out there.”

Spend time on the script & have a strong visual hook to help audiences connect.Get the tone right – be authentic and sincere.Make it accessible by including multi-language subtitling, BSL & audio description etc.

“Films are great because more people can see them, compared to say a print ad. For a start they can be spliced up and used on social media, on TV, in cinema and on the website. But crucially they can reach more people if charities use tools such as BSL interpretation, audio description, multi-language subtitling etc. Rather than think about accessibility as a barrier or job to do, it’s about thinking of it as a great way to reach more people with your message.”

Keep it brief & include a strong call to action.Take a multichannel approach to achieve the widest reach.

“Films are wonderful ways of telling a story. Video offers the opportunity to share the stories of those with lived experience or who have been affected by the charity and its cause. It shows what the charity is doing, why it is doing it, and the outcomes it can achieve. It takes people on an emotional journey, and the result is that they feel compelled to take action. And if they become invested in that cause at Christmas, and feel part of your story and that you are part of theirs, they might be willing to continue to be a supporter more long-term.” 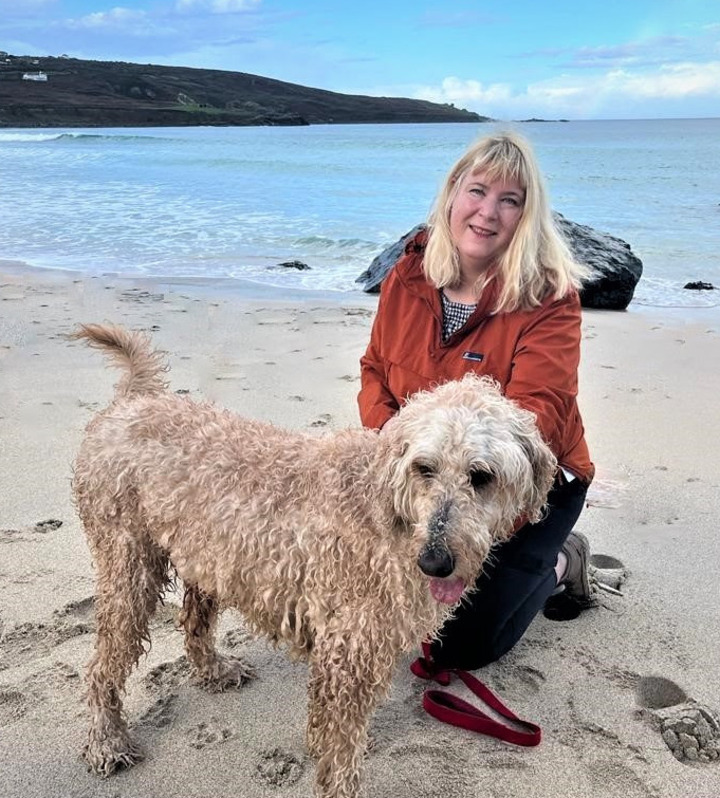